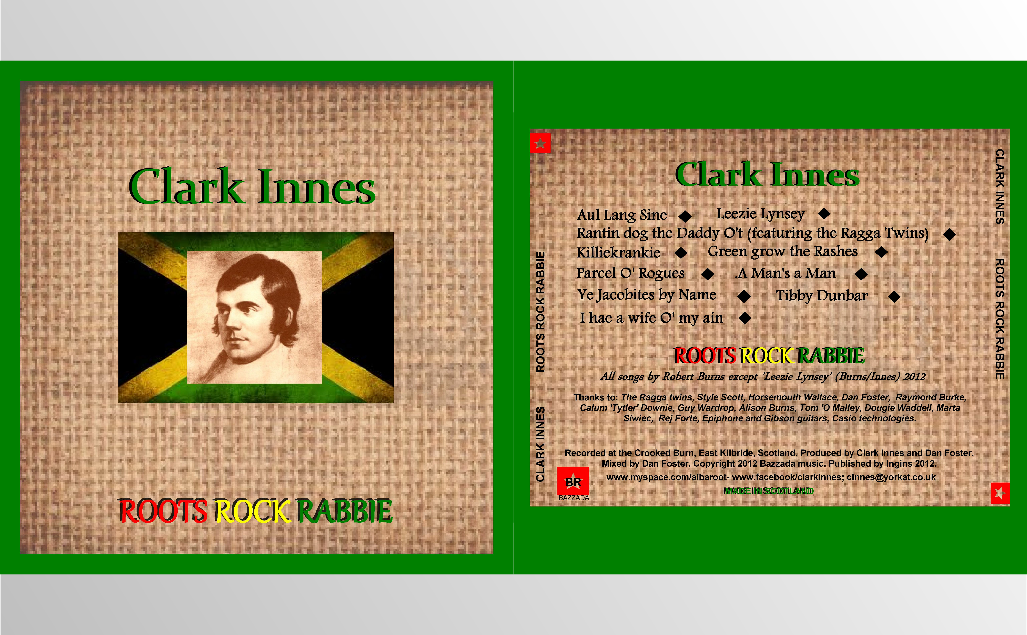 On 27 November 1786 the poet Robert Burns postponed his emigration to Jamaica. Financially ruined from a combination of his father’s death, and poor soil on the farm he shared with his brother Gilbert, the poet was close to starvation.
However, a doctor friend who had a share in an estate in Jamaica offered Burns a job as a bookkeeper which the poet accepted, but weeks before he was due to sail, his book ‘Poems chiefly in a Scottish Dialect’ started to sell in substantial numbers which meant he could afford to stay at home.
This album is the journey to the West Indies that Burns never made, a celebration of his work through reggae, a music which has always been sympathetic to the values, dearly held by the poet. Had Burns left for Jamaica on that fateful day, perhaps his songs would have sounded like this!

All instruments and arrangements – Clark Innes