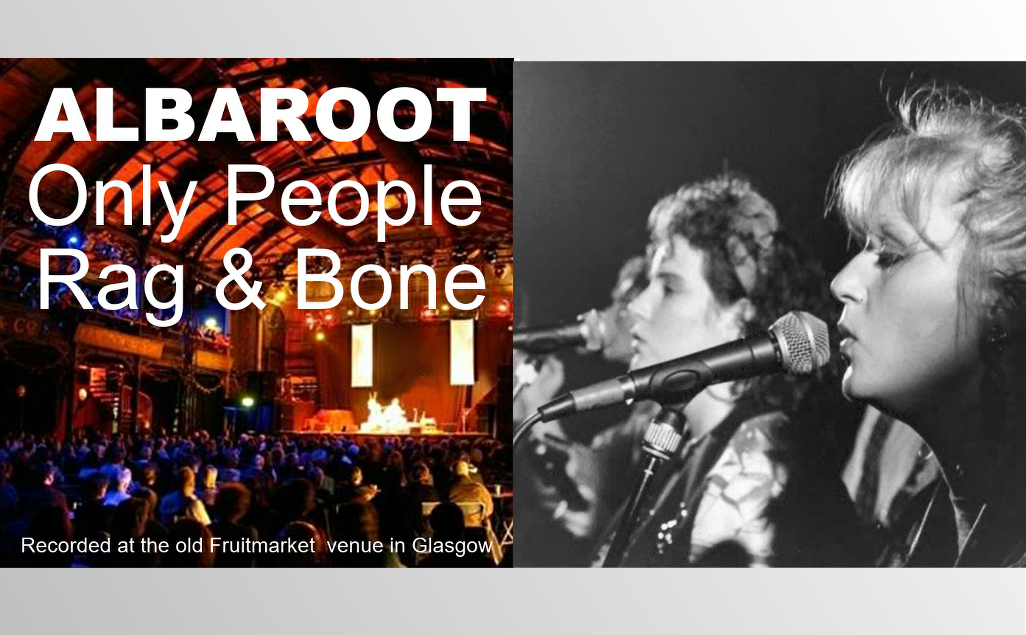 These recordings were off the mixing desk in the old Fruitmarket venue in Glasgow in 1990, the year Glasgow was the city of culture. We were the opening act on the Sauchiehall St. stage that month and was introduced as Celtic reggae; by Pete Tong!

The original recording was from a studio called the Womb in Maryhill Glasgow owned by Elliot Davies the manager of Wet Wet Wet and we used to rehearse there every week. Rag and bone is one of the oldest Albaroot tracks which was inspired by a girl I used to live with whose, parents were quite well off but she liked to pretend she was a street girl, not dissimilar to some current London artists who come from the hood/ghetto, they think it’s mair romantic! The song taks a wee keek at these kind of people and the friction it causes with people who really don’t have twa farthings to rub together.

‘Only people’ is a wee trip into the magical beings that we human beings really are and what is possible, I think that I was trying to emulate the old Celtic poetic tradition of weaving when I wrote this, I was pleasantly surprised when I heard it again that the lyrics are not complete rubbish haha.